TOKYO, Sept. 21, 2016  — NTT Resonant Inc. announced that starting on September 20, Q&A services for international tourists traveling to Japan will be available on the “Oshiete! goo” website. There is a Chinese (traditional characters) version called “goo Shuo!” and an English version called “Oshiete! goo.” We already introduced in March this year our Chinese (simplified characters) version.

Visitors to Japan could post their questions and problems regarding sightseeing in Japan, and foreign residents such as international students and experts traveling in Japan answer submitted questions. With a new connection to the Japanese version of Oshiete! goo, responses will now also be supplied by Japanese users, allowing question askers to get even more detailed information about Japan.

Recently, the number of international travelers to Japan has been continuing to rise, and with the Q&A community Oshiete! goo, we hope to show Japan’s hospitality, answering questions and calming the worries of each sightseer asking about things like “How to access sightseeing spots?” and “What is the information?”

– With a connection to the Japanese Oshiete! goo site, Japanese users can also answer questions from international travelers coming to Japan:

On the Chinese (simplified and traditional) and English communities of Oshiete! goo, users can post and answer questions in those respective languages. Additionally, with a connection to the largest Japanese-language Q&A community, Oshiete! goo, boasting one million users and 30 million posts, Japanese users will also be able to answer questions asked by international travelers, giving these visitors tourism information directly from Japanese people. 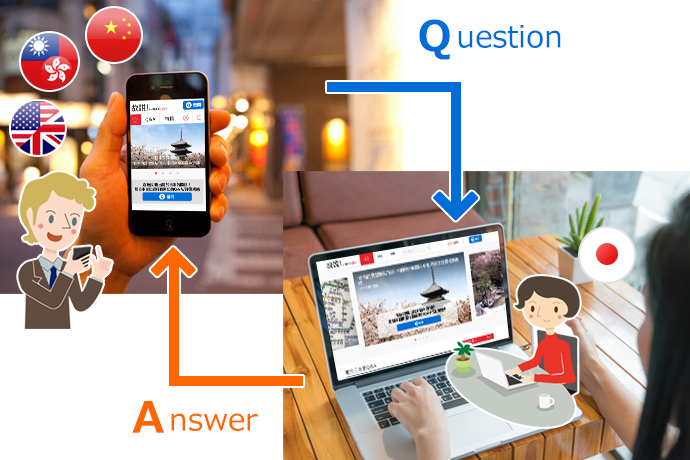 Participating as an expert source will be Selected Onsen Ryokan (http://www.selected-ryokan.com), a web portal for onsen ryokan (hot spring inns) for international travelers to Japan, operated by Maido Nippon Corporation headquartered in Tokyo. Users who are browsing or asking questions can get information not just from other users but also from the reliable source of these experts. We also hope to increase our connections with other groups knowledgeable in Japanese tourism.

– Special articles on the latest Japanese trends and hot spots:

In addition to the Q&A, we will be posting articles on themes users are most interested in as well as things like inside information on different Japanese locales.

2.Where to Find It 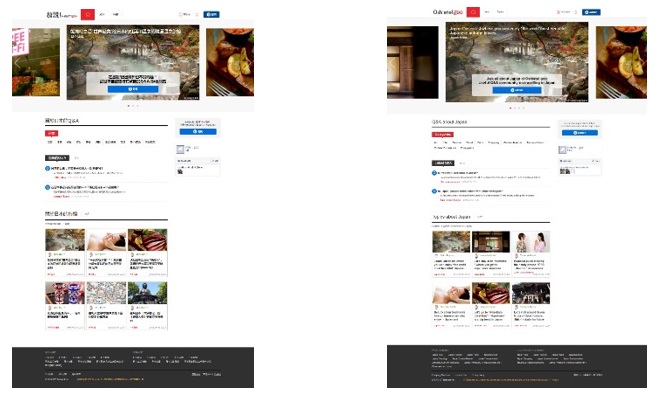 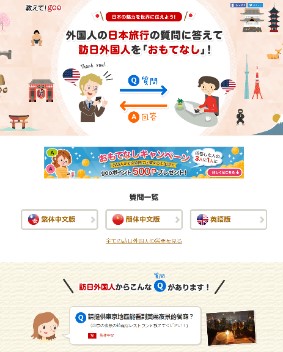 Down the line we are planning to improve the Q&A process, create an app for the Q&A community for international visitors to Japan, introduce automated translation, and expand to additional languages. Focusing on the Q&A services, we are aiming to create a one-stop web portal for visitors to Japan to get their questions answered.

*The above company, service, and product names may be trademarks or registered trademarks of their respective companies.